Sailing and Halifax are a great lifestyle choice. 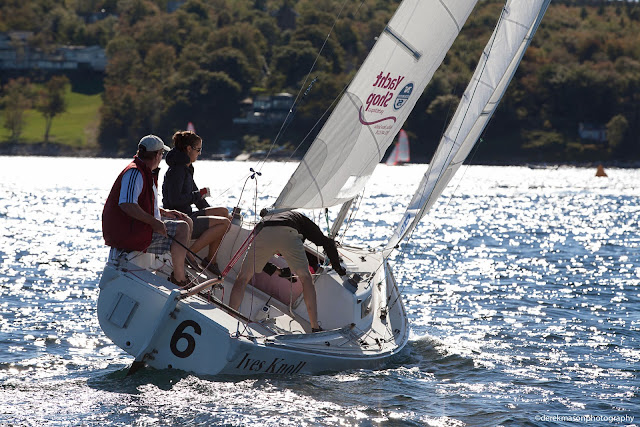 This post is to update you on a few things I've been up to. The summer in Prospect hasn't been stellar but it's still warm and not winter.

Prior to my trip to Fan Expo, which I won't bore you with any more, I started chasing sail boats during their amature racing events here in Halifax. Specifically out of the Royal Nova Scotia Yacht Squadron. 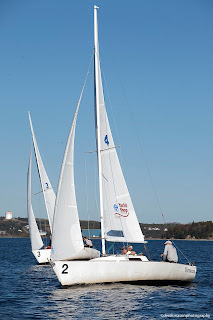 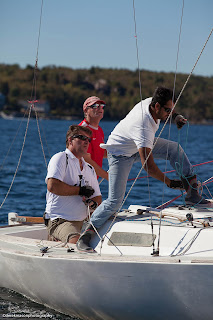 We don't really have an official photographer to highlight what the club does as mission. Promoting and teaching sailing both recreational cruising and world class competition.

So I've attempted to get that rolling. This past weekend (Sept 28 and 29th) was the RNSYS club championships once again. It's an annual event including qualified member racers who partake in either club regattas or wednesday night racing events and have achieved a certain level of wins.

The race is done using 6-J22s owned by the club so as to level the playing field. Each team is required to complete at least 3-4 races to qualify for the final 4 (we had 11 teams this year). Each time a team races they use a different boat, once again to level a fair playing field.

Well this year they could not have asked for better weather and although I wasn't a spectator for Saturdays races I did get out on Sunday for the qualifying rounds.

I've included a couple of shots here and included the link to the RNSYS galleries on my site. They include 2 galleries for the 2013 championships, the last Wednesday night races before Chester race week for this year, and the championships from 2010.

They are for sale as listed on the site if you're interested. If so just follow the instructions on the site.

The plan is to get out tomorrow night for the season final for the Wednesday night series.

Don't worry, sailing isn't quite over yet, with at least two more regattas left and what looks like stellar weather for the near forseeable future

Enjoy these in the meantime, Derek

Link to the Galleries.