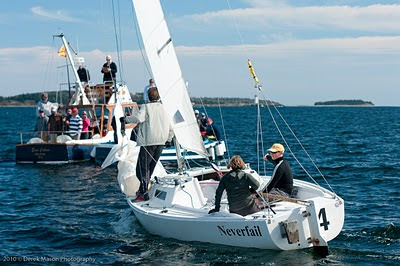 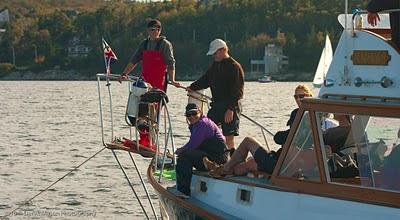 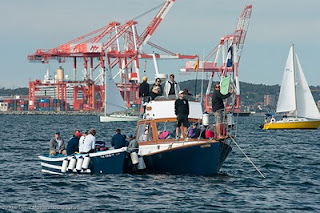 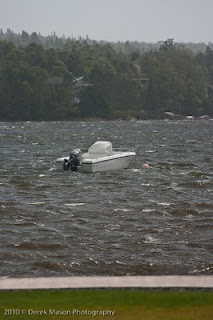 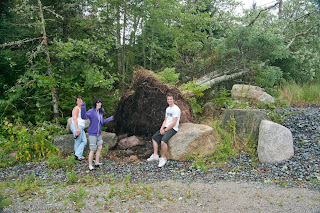 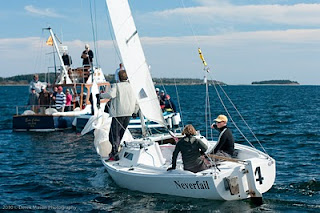 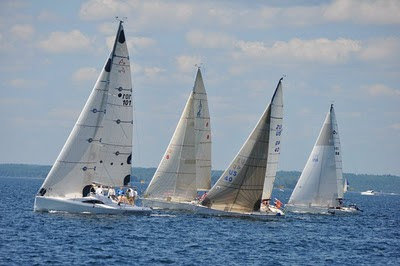 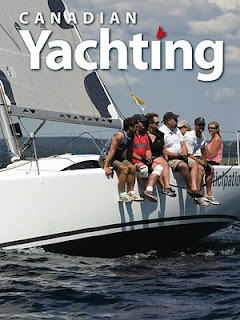 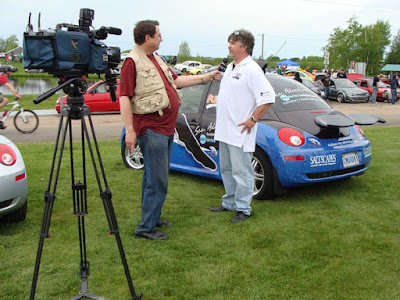 Okay, one more from the past that I'd like to share. AsI mentioned in the introduction of the Bay of Fundy Whale Car we launched it on June 5. First at the 2010 MVOC meeting in Dieppe and finished with an unveiling at the Food Festival in Saint John.
Yes it was a long day considering we left Halifax that morning and finished up at the festival after 10p.

I must say though it was a great time. With the help of Cindy Roberts we were able to leverage some great media coverage. The photo at top is me being interviewed by CTV. I was completely caught off guard but people say I did okay, surprise.
Anyway the day went off without a hitch. The guys at the MVOC meet were great and very hospitable. We met a lot of great people with a passion for VWs. 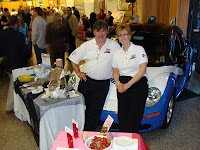 Later on that day we went to Saint John for the Food Festival held at the cruise ship terminal. I must say it's a great spot and the food was fabulous. You can see a couple of photos of Terri McCulloch, Bay of Fundy Tourism, and myself as well as Debbie Rathwell, Bay Ferries, and myself hosting the booth and collecting ballots for a draw that evening and the, soon to be announced, name the car contest. 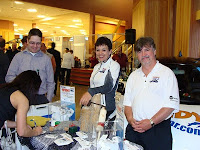 I've added a link to the days gallery with a 180 degree panorama at the MVOC meet. Enjoy and I'll try to stay current for now on.
MVOC GALLERY
Posted by Unknown at 9:13 AM No comments: 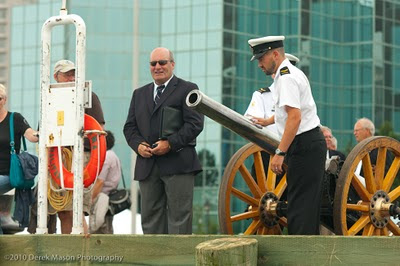 Now although, through circumstances beyond my control, which I don't wish to go into, I was unable to join in the race to Saint Pierre from Halifax.
I t started here in Halifax on July 10 2010 and with a solid and steady 15 - 25 knot wind the race was completed by the first boat in just over 29 hours. If I'm not mistaken the first over was Derek Hatfields "Spirit of Canada".
Anyway, I was at least fortunate enough to go out on the harbour and photograph the start aboard Ann Aclands A31 Anticipation, which I sail as regular crew out of the Royal Nova Scotia Yacht Squadron. 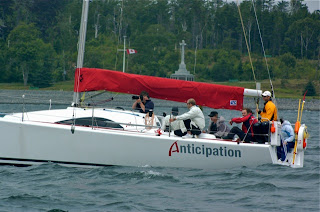 Here is the gallery of the days events [http://www.justthat.ca/RH
SP_2010/July_2010_start/].
Those of you who are interested in purchasing any of these just email me at capture@justthat.ca.
The official site for the race is
www.routehalifaxsaintpierre.com. 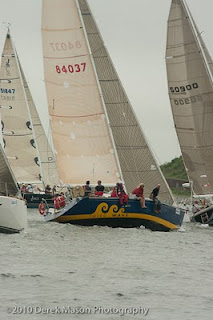 Posted by Unknown at 1:12 PM No comments: 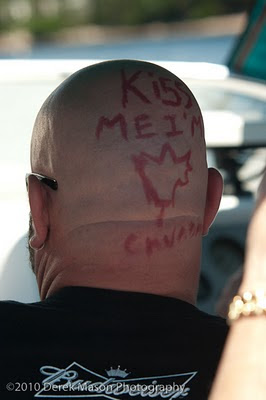 Alright, Canada Day has always been a greatcelebration here in Prospect. We have our annual parade in a floatila in front of the Bay Landing Marina.
All shapes and sizes of local boats take part with great decorations.
Take in mind that Prospect was first settled in the mid 1600's co-inhabited with the native Mi'kmaq and officially founded just after Halifax in 1754, I believe.
The crown had to get their organized tax collectors together first.
Anyway, the people of Prospect and the surrounding area are great loyal and proud canadians and we like to show it off at least once a year.
To see the gallery of photos of the day go to http://www.justthat.ca/Canada_Day_2010/. 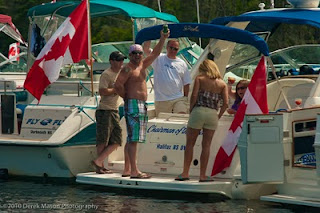 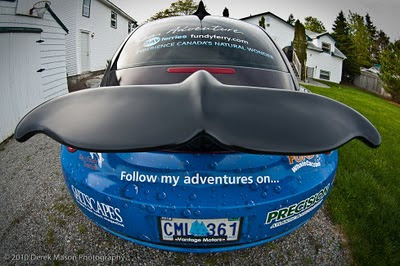 Like I said, I have a lot to catch everyone up on. In early June we launched the "Fundy Whale Car".
This car is owned by Bay of Fundy's Executive director Terri McCulloch.
It will be traveling the Bay of Fundy for the next 2 years promoting the Bay.

The project took about a year to develop and execute and was a lot of fun. As everyone knows, the new beetle is a great canvas to utilize in marketing an idea.
You can follow it's travels at www.fundywhalecar.com.
Don't forget to check out the Gallery. 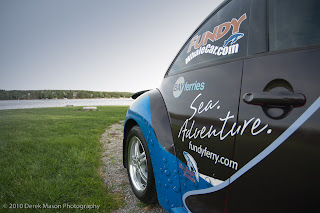 Special thanks to our sponsors for making this project come to life... Bay Ferries, Precision Atlantic and Saltscapes Magazine.
Posted by Unknown at 12:03 PM 1 comment:

New7Wonders of Nature Advisory week in the Bay of Fundy 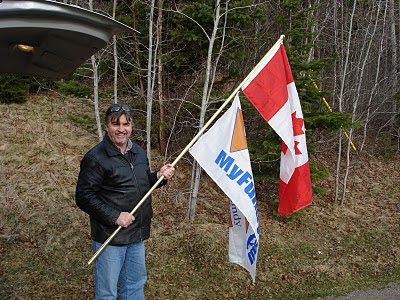 Okay, so I've been neglecting my blog but hey I've got a lot of great things to catch everyone up on.
First, if you don't already know, I've been involved with the Bay of Fundy Tourism promoting it in the New7Wonders of Nature campaign.
We spent a great week in April hosting a gentleman be the name of Jean Paul de la Fuente, director of the New7Wonders foundation based in Zurich.
For more info on this campaign, and to vote for the Bay of Fundy as one of the New7Wonders of Nature go to www.votemyfundy.com or www.n7w.com/fundy.
Once you're at the votemyfundy site check out the media page. There are a lot of photos regarding the Advisory week trip to both Hopewell Rocks, NB and Halls Harbour, NS. 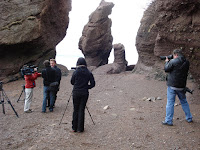